You’re writing songs and getting your band together in rehearsals.  Wouldn’t it be great to get your business team together now: to have a manager step in to make contacts for you and an agent to get you some work?

Unfortunately neither of these two professionals is going to be interested in working with you yet; you are going to have to do their jobs yourself.

‘But’, I hear you cry, ‘I’m an artist not a business person. I don’t know how to do all that and besides I just want to sing.’

I know how you feel but I’m afraid you have a long way to go before a manager or an agent is going to pay attention to you.  For one thing, they take a percentage of your income and you haven’t got any.  You have to do the jobs of agent, publicist, manager and promoter for yourself before any of those people will do it for you. You have to get your bandwagon rolling before anyone will want to jump on it.

What are those jobs and when can you start to look for other people to do them?

Probably the most important, and the most long term, is the manager.

If you want to have a career as an artist, you will eventually have to have a manager.  They are the head of your team and act as your representative to all the other professionals in your career.  They advise and counsel you on every aspect of being an artist, from business decisions to creative ones.

As a result of their very powerful position, you want to make sure that they are the right manager for you, that they act in a way that you are comfortable with when they represent you to other people and that they have your best interests at heart.

What A Manager Does

There are conventions in every business and the music business is loaded with them.

These are the details that are considered standards for the industry:

How long should you expect a recording contract to be and how many records will you be required to make?

What percentage of the retail price does the artist get for each record sold?

What kind of advance can you expect from a publisher?

These are the kinds of things your manager should know. Another part of the manager’s job is to bring you to a record label and then represent you to the label once you are signed.

Your manager will be on the phone to each of those departments fighting to make your band their priority.

If Interscope Records has major releases from platinum artists like No Doubt and Lady Gaga, their radio promotion department will probably put your album on the back burner.  That’s when you need a great manager to stoke that fire and get the promotion department to work your record to radio.

There is a reverse correlation between how powerful a manager is and how much attention he or she will give you.

If you get a fresh young green manager who is as new to the business as you are but who adores the band and will fight tooth and nail for you, you will have all the attention you can handle.

If, however, you want a powerful manager who can connect you right to the labels and the best tours and negotiate the best deal, he or she will be very busy with their famous acts and may not give you the time you need.

The more you’ve accomplished on your own before you get a manager, the more clout you will have and the more attractive you will be to a powerful manager.

Management deals are usually three to five years long and the manager gets between 15 and 20% of your income, with 20% commanded by a very top flight manager.  The majority will charge 15% of everything you earn.

As with all contracts, the one that you sign with a manager is negotiable and should be looked at by a music business attorney.

A music business attorney is not the same as a criminal attorney or a tax attorney.

This is a person who understands the very specific conventions of the world of entertainment and will know what the norms are. They will also take into account what is important to you.

For instance if you wanted more creative control in your record deal you might be willing to go with a smaller advance and make the record yourself. Or perhaps you want to keep most of your publishing. Your attorney will negotiate with your record label or publishing company for the things you feel are important with an eye toward getting you the best possible deal.

Attorneys work on a case by case basis.

Unlike the manager who you sign with for years, an attorney can be fired at any time.

They usually work for an hourly fee but in some cases will work for a flat rate i.e. one flat fee to negotiate a particular deal. There are also some attorneys willing to work ‘on spec’ meaning they will charge you little or nothing now and then take a percentage of what they negotiate for you.

This is not always the best situation because it can create a conflict of interest.

You might want a smaller advance in order to have less debt since you have to pay back the advance out of your share of record sales before you will receive any royalties.  The attorney might not be so anxious to negotiate this point because his or her fee would be smaller since it’s based on a percentage of the advance. It can get complicated.

As opposed to the world of acting where an agent is the primary negotiator, in music the agent does only one thing – book gigs.

There are many different levels of agent just as there are with managers. But if you want to get on a major tour, for instance as an opening act, you will have to try to get a major agency interested in you.

For the most part, that level of agent only deals with signed recording acts.

There are plenty of up and coming bands on major and independent labels who are jockeying for position as an opening act on a Linkin Park tour so it’s difficult for your unsigned band to be considered.

…But it does occasionally happen that an agent will fall in love with a local band and put them on the local show.

An agent gets 10% of the gig they get for you. They don’t get a percentage of anything else: not recordings, not publishing. They get paid based only on the concerts and shows they book for you. The usual length of a contract is from one to three years.

There are more elements of your team who will come on board as you need them: a publicist, a business manager, an independent promoter and more.

But for now, you will serve all of the functions.

Get gigs at your local clubs and then spread out to your region.

Make a high quality recording of your original songs and sell it online and at shows.

Put up a website with links to songs, tour dates, photos and press.

Notify the press of special benefits or events where you will be performing.

Put together an email list of your fans and inform them of upcoming shows.

As you build your fan base and sell your songs, you gain momentum and create a ‘buzz’. You will having living breathing music which is attractive and successful and then it will be time to start sending your music to management. 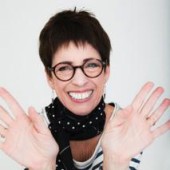 Jackson's "This Is It" Video Premiers

Reverb Secrets to Clarify Your Mix