There was a day when all any artist needed for self-promotion was a killer “Press Kit”. An 8×10 glossy photo, a printed bio (with a review or two) in a pocket folder with a CD and a business card, and you were in business.

You could hand these things out in person, direct mail them to prospective buyers, or let an agency do it for you. But even before the Web permanently messed up the game, the need for video raised its expensive head. MTV, back when it actually played music videos, raised the visual consciousness of everyone. Increasingly, the people you most needed to hear you wanted to see you first, without having to leave their office. Booking agents, managers, record companies, club owners and private parties began to expect an audio/visual presentation before they’d give you the time of day. It became next to impossible to get these folks to show up at your gig or showcase. Then with the rise of the Web, the need for artist Web sites with posted video has become the standard business model for self-promotion. Since you can’t fight it, here are some tips on joining.

Let’s limit this discussion to what I’ll call “Commercial Bands”; self-contained groups who play primarily popular cover music for pay. This includes work in clubs, corporate parties, private events, fairs, casinos, military tours etc. While original music acts and not-for-profit musicians also need video, the ‘rules’ for you guys are less stringent when it comes to video content. You can be more artsy and free-form with your presentations. For commercial bands there are some expectations out there you should at least be aware of before confusing the business types who are looking to hire you. Just as it may seem “cool” to have a non-standard sized business card or deliver your music on vinyl, these are more likely to wind up in the circular file than get you call backs. You can still use good design and a certain amount of flash to make your act stand out from the crowd, just keep in mind who your audience is. While there are still some very hip promoters out there who will appreciate creativity in your video, 90% of today’s talent buyers are either ‘suits’ who have other corporate duties besides booking bands, and clueless folk who found themselves on the Entertainment Committee by pulling the short straw for the company picnic. For these people (not to mention the dreaded Mother of the Bride) who will decide whether you get the gig, going the K.I.S.S. route (“Keep It Simple, Stupid”) is the best way to go with your video.

We’re not talking about a full length MTV-style production here. We’re talking about putting together a short self-promotional reel targeted at the “buyers”, not fans. The idea here is to give an idea of the look & feel of the act. You’re presenting a preview of the actual product you’re hoping to sell, and the buyer gets a much better idea of who will be appearing on their stage than any demo tape or press clippings could convey. Remember, this is a trailer or teaser for your band. Show just enough of how your act looks & performs to make a professional impression. Leave the buyer wanting more, but not scratching his or her head as to what you’re all about. There’s no need to present whole songs. But try to maintain a certain rhythm to the cutting of the final edit – not too choppy, not too boring. And no matter what, the Golden Rule is Keep It Short …no more than five or six minutes total running time (And a lot of agents will tell you to keep it closer to three minutes). More on editing later.

Garbage In, Garbage Out

A major booking agent once told me, “Don’t even send a video unless it’s great. Nothing un-sells a group faster than bad video”. What he was referring to was as much the technical quality of the DVD or Web video as its content. Poorly edited, jittery, out of focus video with audio distortion is a chore to watch, especially if it goes on & on. Often an amateur-produced tape that plays fine on your home DVD player will go completely nuts on an agent’s laptop. This is not a good thing, and will not further your career. Of course, a professionally produced video of a crappy performance will only amplify an act’s weaknesses, and you don’t want to go there, either. There are some industry standards that, if heeded, will result in a watchable, listenable video that will sell your act without breaking the bank. 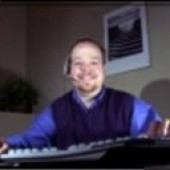