Effects Can Make Your Mix Magical Or Mangle It.

If you have been following this seemingly never ending series, you should now be pretty well versed on the entire signal chain from the point on the console where the sound enters to where it exits. We still have amps and speakers to deal with but for now let’s take a little road trip into the Land Of Effects. Beware: It is easy to be seduced by the pretty things native to this part of the audio world and some of those pretty things have big, sharp, nasty teeth. So stay on the marked trail and follow your guide at all times. Let’s go…

First, let’s talk a bit about where effects get inserted in the signal chain. Some issues back (when we discussed signal flow) we talked about auxiliary (or “aux”) sends. Better than 90% of the time, effects units will be fed a signal from an aux send on the console. Remember there are two kinds of aux send—pre-fader and post-fader. Monitors use the pre-fader sends (you don’t want any adjustments you make on the main fader to affect your monitor mix) while effects need to be a part of the overall sound so they are affected by main fader moves.

There are a couple of ways to get the sound from the effects box back into the main signal path. One way is to use the “returns” that are dedicated to this purpose. The other way is to run the FX output into a pair of unused channels on the console. We’ll get into why you might choose one way over the other in a moment. For now, let’s take a look at the kinds of effects you might use in a live setting. They fall into two main types: “Time Based” and “Modulation” effects.

Time based effects are generally understood to mean reverb and delay or echo. The truth is that these are pretty much the same thing, it’s just a matter of degree. A delay or echo replicates the sound of, say, your voice, bouncing off of a surface so you hear it again. Reverb replicates the numerous very short echos that make a room sound the way it sounds. These short echoes are called “early reflections” and the number, timbre and volume of these reflections make up the sonic “signature” of a space. Reverb

is sometimes used to make something sound bigger and more dramatic. It is best used to make a “sonically dry” room sound more lively. It can also be used (or overused) as an effect—like on the vocal on a big ballad or the sound of a classic surf guitar song). Just so you have your terms straight, reverb is often referred to as “’verb” or “grease.” 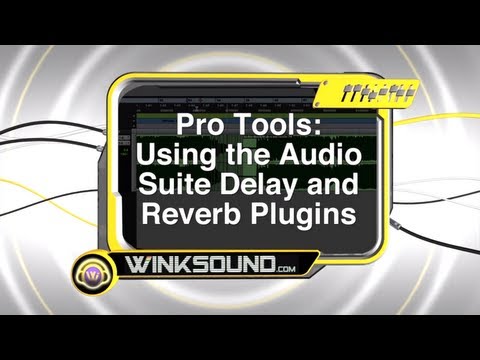 is a more distinct repeat of the original sound. Again, a little goes a long way and a good sound person who is familiar with the material being played will often “feather in” a bit of delay at the end of a vocal phrase and then back off again as a new phrase begins. Echo is sometimes called “slap.” So, if you are dialing in a mix and you get asked for a short slap and a little grease it means a quick echo and some reverb.

Modulation effects are the ones where s ome t h i n g about the signal changes or modulates at a certain speed. This can mean anything from volume (tremolo effects usually found on guitar amps) to pitch (chorus) to time (flanging) to phase (phase shifting). All of these effects result in some kind of moving, and usually “swirlly” sound. Chorus is also used to “fatten” a thin sound and can be used to good effect on backing vocals.

When old guys like me were coming up, most acts were lucky to have some kind of spring-reverb effect—like those on guitar amps— built into the console or P.A. head. As the world has gotten increasingly digital—and the cost of digital signal processing (DSP) is now measured in pennies rather than hundreds of dollars—we have seen the birth and growth of the multieffect unit which can generate two or three or a dozen effects all at once from one box.

This is where the old adage “just because you can does not mean you should” takes on real meaning. Excessive reverb, delay, chorus or whatever WILL muddy-up your sound and make it hard for the listener to do things like understand what you are singing.

Clap On, Clap Off

Which brings us to some almost logistical ideas that are important to getting and keeping a good overall sound.

If you are among the legion of performers who have to handle their own mix from the stage, it is crucial to have some way of turning the effect off between songs. Many FX units have a jack that will take a footswitch so you can bypass the effect. If you are stuck using one that does not allow for a footswitch, then have the mixer close enough to you that you can reach over and turn the effect down or off between songs.

Of course, if you have a sound person they will take care of that (unless they’re a moron who shouldn’t be mixing in the first place). This brings us full circle to how the effect gets back into the console.

Any aux send intended to be used for FX will have a matching “return” with it’s own volume knob. This is a kind of master volume for the FX—the send adjustment determines how much of the signal from a given channel goes to the FX unit while the return adjustment controls how much of the entire output of the FX device goes back to the console.

If you are (or have someone) running your sound, they may opt not to use the returns and instead bring the FX output back to the board via an unused channel. The advantages of this method include the fact that if the FX output is coming back to a channel, it can easily be sent to the monitors so the performers can get a little grease without you having to buy a second FX unit. It is also an easy thing to grab a channel fader and bring it down between songs—much easier than finding the sometimes buried return knob. Returning the “wet” signal through a channel also allows you to EQ the effected signal without running a separate EQ unit specifically for the FX.