Reggae In The Desert
By Linda Evans

When I go to music festivals I make it a habit of getting there early so I can catch the opening acts because, lets’ face it, even though the headliners are the big draws, it’s those bands in those early slots that are often the most interesting. They are the unknowns… The not quite up-and-comers… The locals that are doing things a little differently and shaking things up. The opening slot on the final day of McDowell Mountain Music Festival in Phoenix, AZ was one such act: a 6-piece prog-rock-infused-desert-reggae local band known as Black Bottom Lighters.

Even though it was early in the day and it was already getting pretty hot, these guys (consisting of Ryan “Stilly” – Vocals, Taide “T” – Vocals, Guitar Ryan “McPhatty” – Drums, Jose – Bass Guitar, Kelyn – Keys and Phil – Lead Guitar) hit the stage and gave it all they got to a small but enthusiastic crowd…an audience that kept growing quickly throughout their whole set and that they converted all into BBL fans by the end of their set. The combination of their unique sound with catchy lyrics and infectious stage presence spiced up with incessant audience interaction make them an ideal choice for this spot at this festival. But this ain’t their first rodeo: they’ve done McDowell before as well as the local True Music Festival, Tucson’s Wild Wild West Fest and even Jacksonville, Florida’s Big Ticket Music Festival’s “B” stage. Not bad for a band who at the time of McDowell Mountain Music Fest still hadn’t released their first full-length album yet. (Their album “2 or 2000” was released in April 2015, about a month after the festival.)

BBL is well on its way to solidifying their good standing in the festival circuit and no doubt will start working their way up the time slots to the point of becoming a legitimate up and comer in no time. To get an idea of what I am talking about check out this live footage of “Carousel” from March 15th, 2014 at Tempe Beach Park, in Tempe, AZ: https://youtu.be/-557edbsPEE

Here’s my interview with the guys at McDowell Mountain Music Festival 2015: https://youtu.be/XZHMjSnJDDg

Are you in a band and want to get into the festival circuit like Black Bottom Lighters? Check this out: http://live2playezines.com/l2p76/page2.html 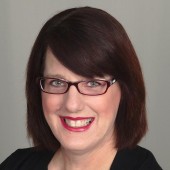 Can You Have Too Many Guitars?

Pray For Sound To Release Everything Is Beautiful